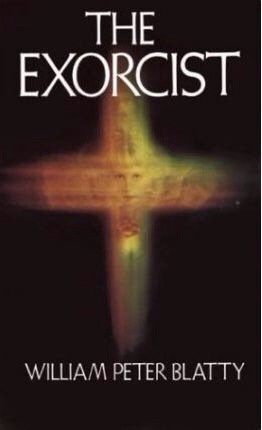 Four decades after it first shook the nation, then the world, William Peter Blatty’s thrilling masterwork of faith and demonic possession returns in an even more powerful form. Raw and profane, shocking and blood-chilling, it remains a modern parable of good and evil and perhaps the most terrifying novel ever written.

Wow, have times changed. It’s always hard to review a book so long after it was written because the standards and norms shift throughout the years. For instance, I hear a ton of people say L.J Smith books are horrible and then compare them to Twilight, but what those people don’t get is that Twilight, or any other urban fantasy book would have never been published back when Vampire Diaries came out because publishers would have assumed it was too long, too complex, and too old for the intended audience. YA books used to be this teeny-tiny section of the bookstore and they were all maybe about as thick as a chunky crayon.

But because of those books by L.J Smith, R.L Stine, Christopher Pike, and countless others, books like Twilight, The Darkest Powers, and The Mortal Instruments are published now. Preferences evolved.

I’m going to assume the exorcist is like that for the horror genre instead of slamming it for not following a lot of rules and standards created by publishing today. Nothing struck me as terribly creepy, but I imagine this set the precedence that creepy was built upon. That being said, I am not surprised this book made such a famous movie. The book was written to be a movie. I could tell the author had a very clear image in his head of what this would look like on screen and didn’t go very deep into his characters thoughts or motives, which means nothing major to character development would have been cut on screen. Perfect for a movie.

For a reader who enjoys a good character driven novel, not so much. That being said, the crucifix scene was heart wrenching. Really I felt so sorry for that poor little girl the entire novel. As a parent the book horrified me, but I wouldn’t say it scared me.

So…I respect this book for the precedence it set and for becoming a building block to create other horror stories. It’s not fair to judge it by today’s standards because horror is all about pushing the envelope and once you’re past the push there’s no going backward and getting frightened by it. I’m glad I’ve read the book. But I probably won’t be reading it again.