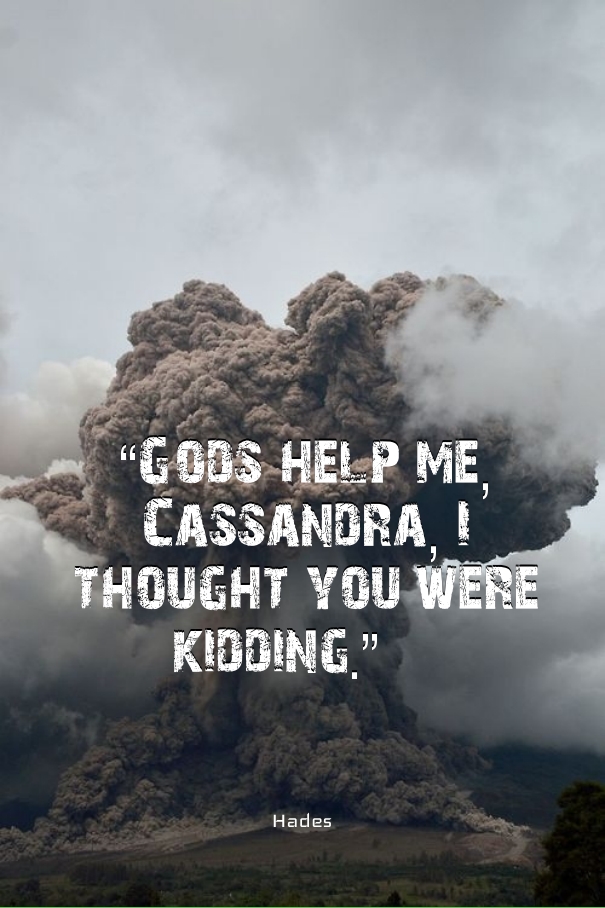 Cassandra pops up a lot in modern culture, and when I was growing up, every T.V show, cartoon, book series, and movie seemed to have a nod toward her. She’s such a great stand alone character that she even moonlights in other Greek myths. Tons of people who have no idea she was a princes of Troy or Helen’s sister in law or anything about her actual origin myth know the gist of Cassandra’s story. She’s an entirely new angle (still) on a tragic character. Here are a few of the adaptations of her that stuck with me.

This one-time cameo of the cursed prophetess, Cassie, stuck with me for years after the episode aired. Whedon is very good at giving glimmers of hope and jubilation and just when you think everything is going to be okay, he swings the ax.

Read this book. Seriously. This version of Cassandra is what got me wondering what her life was like in Troy. Somehow, in all the myths, I’d never connected her to Troy (which is crazy because that’s her main myth). She’s a background character in the story but an extremely well done background character.

Not exactly Cassandra but…

Woody in Toy Story, Sarah Conner in Terminator 2, Sally in Nightmare before Christmas, the scientist in Jurassic Park, Professor Trelawny, and dozens of others. Being a Cassandra is as big a trope as being the boy who cried wolf. It’s everywhere. Tune in Friday to see why this particular myth has continually resonated with our society regardless of context.