This week we’re going to break format a little to do something special for a very special set of myths. Today we have a guest blog from the author of Struck: What’s Really Real?, Maya Mirza-Gill, with a peek at her work in progress inspired by her favorite myth followed by my telling of the myth (so keep scrolling). Because this myth is a long one, instead of doing the Way Back Wednesdays this week, I’m going to be posting a picture from a story inspired by the myth with each blog and skipping For Real Friday in favor of telling the rest of the myth. Enjoy 🙂 “Whoever said it was a ‘damsel’ in distress was an enormous idiot,” Sky exclaimed, hitching her skirt up high above her knees.

“That’s elegant,” smirked Coop, lying on the bank behind her. “A lady standing in the middle of a river of… well…” he searched for a word, “mud, showing off her bare legs for all to see!”

Sky rolled her eyes and pulled her foot up through the sticky mud and thrust it forwards, shuddering as the mud squelched beneath her feet. “Well, I am trying to save your highness.” She scoffed, bracing herself to repeat her jagged, stilted walk across the muddy river.

“You know, I’d believe that if I didn’t know you were planning on using the box for your own beauty,” Coop rolled over onto his back.

Sky blushed. Coop didn’t know why she needed it. “I am not!” She mumbled, flailing her arms about for balance. “And its ‘Sky’.”

“Careful, Eeks,” Coop’s voice sounded playful again, “You don’t want the Thunderer to come whisk you away for playtime.”

Sky’s face went bright red, again. “Excuse me?” She put her arm on her hip, trying to look menacing and offended.

Coop reeled off laughter, watching the tiny girl in a big, pink dress, standing in mud, with a defiant expression that resembled a dirty kitten more than the menacing creature she deemed herself.

After watching him laugh for a few moments, Sky sighed, turning around again. “Will you just go away and let me do this?” Exhaled Sky, taking another trudging step forwards.

“And miss out on all this fun?”

“You’re so annoying!” exclaimed Sky. “I don’t know why I’m bothering saving your sorry butt in the first place.”

“Because I am dashingly handsome and you crave my company,” piped up Coop.

Despite herself, Sky stole a glance at him; he was staring at the sky and his brown hair was flopped over onto the grass. His blue eyes were suddenly on hers and Sky flinched. “Aren’t I, Eeks?”

Sky shook her head. “No… that’s definitely not it.” Stupid, Beautiful Deity.

“You could say you owe me,” Coop pressed a blade of grass between his teeth. “For scarring and maiming me with mortality.”

“I-…” Sky stopped short. With how cocky and annoying Coop could be, she often forgot that she had badly injured him; and he had saved her life. His back was scarred with the loss of his beautiful blue wings.

Coop sat up, wincing, “Eeks, I’m only joking!” He watched her expression become unreadable from guilt.

Sky was almost an eighth of the way into the river now, Coop was looking smaller and smaller as she made her way across.

“You might want to hurry up; I’m mortal now so I’d rather be saved before I die of old age!” Coop shouted towards her.

“Go home then!” Sky shouted back, “you’re distracting me!”

“That’s because you can’t help but be pulled in by my devilish good looks and charm!” He struck Apollo’s signature pose from the perfume ads; leaving Sky in a momentarily carefree fit of giggles.

“You seriously have nothing better to do than watch me wade waist deep into a mud and bring back a fire-breathing sheep?”

“The sheep doesn’t breathe fire! It is MADE of fire, Eeks,” Coop shook his head, mockingly, “honestly, you’re such a dunce with myth.”

I knew that…. Why did he have to be such a damn know-it-all? “Just because you’re a million years old you’re PART of the myth. And stop calling me that!” Sky retorted, getting annoyed again.

“Eeeks? Aww but, it suits you so well! You’re ickle, and you’re a scaredy-cat, and you have this mouse like expression permanently glued to your face. Eeks!” Coop carried on making fun of her, laughing at himself.

“GO AWAY!” Sky’s breathing was getting heavier as the mud was getting thicker and heavier. She was very deeply waded into the mud now.

My all-time favourite myth is the Hades/Persephone, East of the Sun, West of the Moon (Norwegian folk tale) and Beauty and the Beast one. Because all of these seem to stem from Cupid and Psyche. I love how the tale has evolved and adapted into so many retellings and adaptations; and so when it came to writing some flash fiction, I had to go with my gut instinct love for Cupid and Psyche.

I do have an entire novel in mind, but won’t be starting it up for a while; this is a sneak peek into the story. Hence the names: Sky is a play on Psyche (changing round the sounds of this name) and Coop is like Cupid. I am excited to start this novel, but haven’t yet becase I am working on my first trilogy, and having published the first novel, Struck, I have begun work on the sequel.

The Myth as told by Kaitlin Bevis: 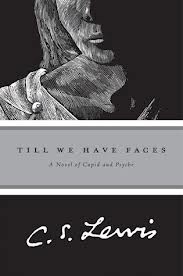 Once upon a time there was a beautiful princess named Psyche. She was the youngest of three daughters. Her two older sisters were also beautiful, but only in an ordinary, human way. After they were married, her parents consulted an oracle inquiring what to do about their inhumanly beautiful daughter. They were a bit worried her beauty would inspire the wrath of the gods.

It already had. Poor Psyche was so beautiful that the people of her kingdom worshiped her instead of Aphrodite. They claimed she was a second coming of Aphrodite, or at least her daughter.

In truth, Psyche was neither. She was a completely typical human unlucky enough to be compared to a goddess. Aphrodite sent Eros to get revenge on the girl who dared to be beautiful. Meanwhile, the parents received troubling news from the oracle. Instead of expecting a human son-in-law, their daughter would marry a dragon that even Zeus feared.

Terrified, they dressed their daughter up for a funeral and marched her up the mountain. But Eros, sent from Aphrodite to exact her revenge, saw the princess and immediately fell in love. With the help of Zephyrus, the western wind, he spirited the princess away.

Psyche woke up in a beautiful meadow and decided to go exploring. Soon she discovered a beautiful house and a random, creepy, echo told her to make herself comfortable. In a very “Beauty and the Beast”-esq scene, she is entertained by a feast that serves itself and instruments that play by themselves. She dances along to “Be Our Guest” and eventually finds herself in a bedroom where she has sex with a man cloaked in darkness and kindness. He won’t allow her to look upon his face and always departs before sunrise.

To be continued on Wednesday

My name is Maya Mirza-Gill, I am a new author, I live in London, UK and I studied English Literature at University. I love reading, and writing, including on my website www.mayamirzagill.com – where I post reviews, snippets of work and also ootd inspired by novels and characters. You can stay up-to-date with me on twitter (@mayamaomao) and Facebook (www.facebook.com/mayamirzagillwebsite).

I have recently published my novel; Struck which is a Young Adult Fantasy Fiction about a girl called Dawn who travels through time. She meets a boy called Stephan, but as she tries to get back everything gets more and more complicated; making her question what’s really real.

One thought on “Mythology Monday: Cupid, Psyche and a Guest Blog”