Snakes & Stones is a collection of short stories inspired by the tale of Medusa; the woman turned gorgon in Greek Mythology. Medusa’s tale is one of abuse and oppression, however these tales take a different twist on her story.
All parties involved with this anthology have volunteered their time and works in order to make this collection happen. All proceeds from the sale of this book will go to loveisrespect.org in order to assist in helping teens and young adults in abusive and/or oppressive relationships.

A myth that has withstood the sands of time tells of a beautiful woman turned hideous beast.
Some say she was punished because of the lust of a man.
Others believe it was her own beauty  that brought on the curse.
However, there are some who believe her curse was actually a gift.
Hear the story of Medusa as told by six popular young adult authors:
When I Fell by Christina Benjamin
Medusa by Kaitlin Bevis
The Case of the Missing Soul by Susan Burdorf
Lies of the Beholder by Erin Hayes
Medusa’s Curse by Suzanna Lynn Favor of the Gods by Ali Winters
Brought to you in one anthology…
Snakes & Stones
All proceeds from the sale of this anthology will go to loveisrespect.org. 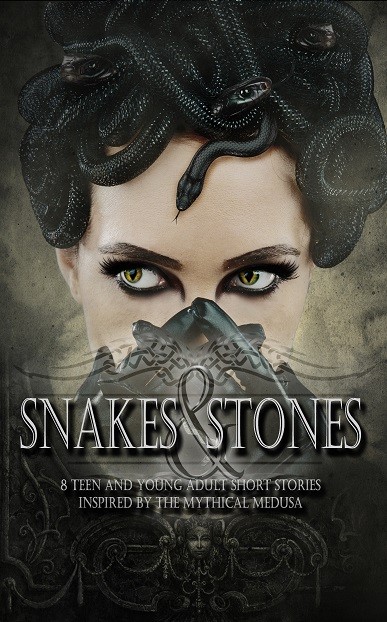 Check out this amazing teaser trailer below!

Currently only $0.99 in celebration of release!
Price will rise to $2.99 on June 3rd.
One-Click it today on Amazon

a Rafflecopter giveaway for….

Bonus! In celebration of all the new releases, Aphrodite is on sale for .99 cents! Buy it today.