I apologize for the delay in this posting. I’m not sure why this didn’t go through Wednesday but I’ll go ahead and put this up now.
Winter as a personified concept happens a lot. It is often cold, cruel, and deadly, but rarely does it stoop to the level of deranged that the mythological Boreas did. Early inspiration in my imagination for Boreas definitely shaped his powers and appearance, not his personality.
In appearance, Boreas is a cross between Old Man Winter and Jack Frost. Gods in my universe don’t age past their prime, so he’s younger than the traditional elderly yet oddly muscled old man with a long white beard. But he’s older than the youthful Jack Frost. So my character ended up with the short white hair Frost favors in most animations, the classic white beard, paper white skin, and muscles. 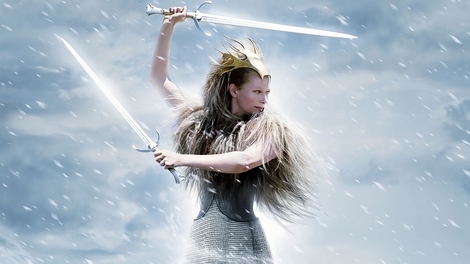 His powers of course are also a combination of the two, he brings winter, but the weaponized variety of his abilities were likely at least partially inspired from The White Witch of Narnia and Reiha of Vampire Princess Miyu.

Reiha is a pretty interesting character. I would consider her more like Khione (Boreas’s daughter and goddess of snow) than Boreas. She’s based off the Japanese myth of Yuki-Onna.

In Japanese mythology, Yuki Onna is like a Siren, only instead of popping up in the ocean and luring sailors to their death, she appears on cold, snowy mountains and either saves travelers or lures them to their death with her Elsa-like control of the weather. She’s got long black hair, snow white skin, and pale blue lips, and naturally is unbelievably beautiful. She’s sometimes a goddess like creature and others portrayed as more of a ghost story. A beautiful young woman perished in a snow storm and now her spirit haunts the mountains. Sometimes she’s like a frost vampire who after being invited into someone’s home freezes the place and all the inhabitants. There’s an interesting love story I could tell you about, but since it has nothing to do with Boreas, I may have to wait for another mythology Monday.