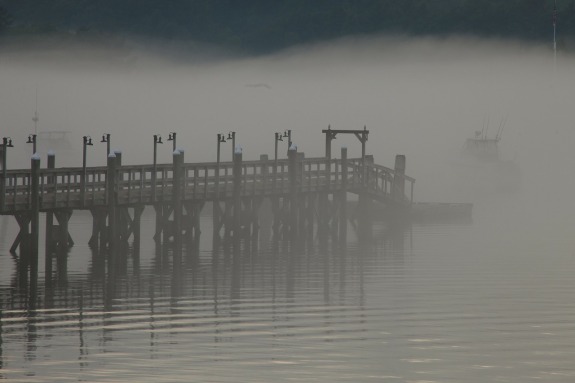 Dinner chatter began on the far side of the table, seeming to revolve around Charon recounting his day on the ferry. I stared down at the white tablecloth, trying to remember which of the silver utensils I needed to use for the first course. A silver plate was placed before me with a fried pink oyster mushroom served with grapefruit. It was topped with an orange nasturtium blossom. “So . . . ” I turned to Moirae, who glared daggers at me, and quickly turned back to Hades. “Uh, what did you do today?”

He looked surprised by the question. “It’s barely been an hour since I last saw you.”

“It’s called small talk,” I snapped. “You should try it some time.”

He sighed. “Fine. I spoke with Hestia about your history lessons, arranged for you to begin self-defense lessons with Charon—”

“What?” Charon piped up from his end of the table. “When did that happen?”

“Why does she need to learn self-defense?” Aeacus asked. I

popped the flower into my mouth, savoring the spicy flavor. I wondered how they’d known I was a vegan. Everyone had something different on their plates. Maybe it was just a cool Underworld trick, like the rooms decorating themselves.

“You’re going to have Charon teach her?” asked Thanatos. “He won’t be able to shut up long enough to teach her a single move. I’m way better at self-defense.”

“Not everyone can kill someone just by touching them,” Hypnos pointed out.

“You’ll be busy guarding Persephone any time she leaves the palace.” He looked at me. “You’re perfectly safe in all but the public areas of the palace. Only certain souls can enter the living quarters. Just stay out of the public sections, the ballroom, the front lobby, the banquet hall, and the court room, unless either myself, Cassandra, or Thanatos are with you.”

“Hah!” Thanatos laughed at Charon. “You may be the self-defense guru, or whatever, but I’m the one people want around if there’s any real trouble.”

Charon snorted. “Give us a week, Thanatos. Persephone will be able to kick your bony ass across the Styx.”

The table erupted into cacophony. Everyone was talking over everyone else, adding wagers and jesting with each other. Lethians deftly ducked between the dueling deities, serving the main course. A plate of corn-filled phyllo tulips and eggplant topped with tomato sauce was put in front of me and I took a nervous bite.

“You’re on!” Thanatos replied. He gave me a devilish grin. “One week, Persephone.”

“That’s okay,” I squeaked. I didn’t want to go hand to hand against Death. No one heard me.

Charon is the ferryman of the Underworld. He takes the newly departed from the entrance of the Underworld across the River Styx. In most versions of his myth he charges a coin (usually an obelisk, and some myths say two) for the passage. This was the reasoning behind putting coins on the eyes of the dead. People didn’t want their loved ones stranded in the Underworld. My version of Charon charges no such fee, and he’s also much more friendly than his mythological counterpart.

He’s yet another child of Nyx and Erabus, so I guess he’s Thanatos’ and Hypnos’ half-brother. His name means “keen gaze” which may refer to that fixed, unmoving gaze that corpse have (you’re welcome for the creepy imagery of the day). There’s not a lot of active mythology about Charon. He’s present in a ton of artwork and is mentioned in most epics or heroic quests, but other than taking people back and forth he doesn’t have a very active roll.

He’s supposed to be ugly and unkept, with a long, straggly, greasy beard. My Charon is cleaner, but I suppose hand rowing a ferry full of people back and forth over a misty, swampy river multiple times a day could take a toll on your appearance.