Mom’s don’t get a lot of recognition in fiction. Especially young adult or children’s fiction. They tend to get killed off or are mysteriously off-screen for most of the story, or are so laughably incompetent the kids have to take charge. It makes sense in a way. The focus on children’s and young adult literature is on the children. It’s a space for the kids to be the center of the story and that’s hard to do with mom shadowing your every move. But here’s my  favorite fictional mom’s growing up.

Kitty Forman from That Seventies Show

It wasn’t possible to hate this woman. She was a well rounded character with a sense of humor, morals, and while she had flaws, she was so lovable you just didn’t care.

She had a ton of children, loved every one to pieces, and made room in her family for Harry. There was nothing not to love about this woman. There’s a great blog about her here and of course there’s this awesome tumblr post here. She really was an amazing character and way too underrated for her role in the series. 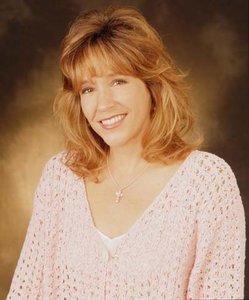 Amy Matthews had a good bit of snark to her, which made her entertaining, but she was also a really good mom to two kind of crazy boys.

She stayed home, she worked, she always looked really pretty. Maggie Seaver was probably she super mom prototype. And while the show did do a good idea of occasionally focusing on the strain keeping that big family and her career and everything else she did caused, she still made it look easy. Considering the only other working mom I remember from television at the time (that doesn’t mean there weren’t any, just none I remember that the whole career thing was notable for) was Angelica’s mostly absent (she might not have been but again, the only impressions I remember of her were Angelica being sad and spoiled and her mom talking on her phone) mother from Rugrats, I think Maggie Seaver definitely filled a needed void.

Who are your favorite fictional moms?