Hestia is remarkable in Greek mythology for a few reasons. She was worshipped by all, given bits of every offering, in theory if power = worship, she was raking it in. But she was also the quietest, least dramatic god in the pantheon. But she’s not the only figure like that in stories. Those really important, ever-present background characters are all over the place if you know where to look. Here are a few that I can remember.

The Teacher in Charley Brown

Everyone who watched the show or read the comics remembers her. She was in pretty much every episode, and she played a role pretty important to children (you’re stuck with your teacher all year after all) yet no one would consider her a main or even a particularly important character. She’s the epitome of an always present background character. 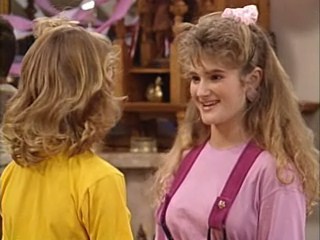 Kathy Santoni was only known by name for entire seasons of Full House before she finally got screen time but she had a pretty significant impact on D.J Tanner. Anytime Danny said she couldn’t do something, Kathy Santoni was allowed to. She stole D.J’s first boyfriend, caused all kinds of drama, and became pregnant as a teenager, freaking Danny out to no end. Influencial, yet otherwise unmemorable.

Ponch from So You Want to be a Wizard

I…can’t go in to why this character counts in this list without major spoilers, but if you haven’t read this series, do.

Literally every background character in Chrono Trigger or the Sword of Truth series at all.

Owen is a perfect example of that always present, actually super important, background character who is just *there.* He’s there, he matters, but as Owen, he doesn’t get a lot of screen time.

Let’s ignore the fact that anything exists past Pirates of the Caribbean 1 for just a minute. Bill Turner in movie one is a perfect example of what Hestia is like in Greek Mythology. He’s referenced a lot. He matters to the other characters, he influences the motivations of others just by being named. As a concept he’s important, as a character he isn’t actually there.

The Naked Guy From Friends

Referenced throughout the entire show, Naked Guy added a layer of illicit entertainment to Friends. Viewers were aware of him, but until close to the end never saw him. Here’s a whole string of Naked Guy Gifs from Tumblr.

Can you think of any background characters who were actually really important to the story?