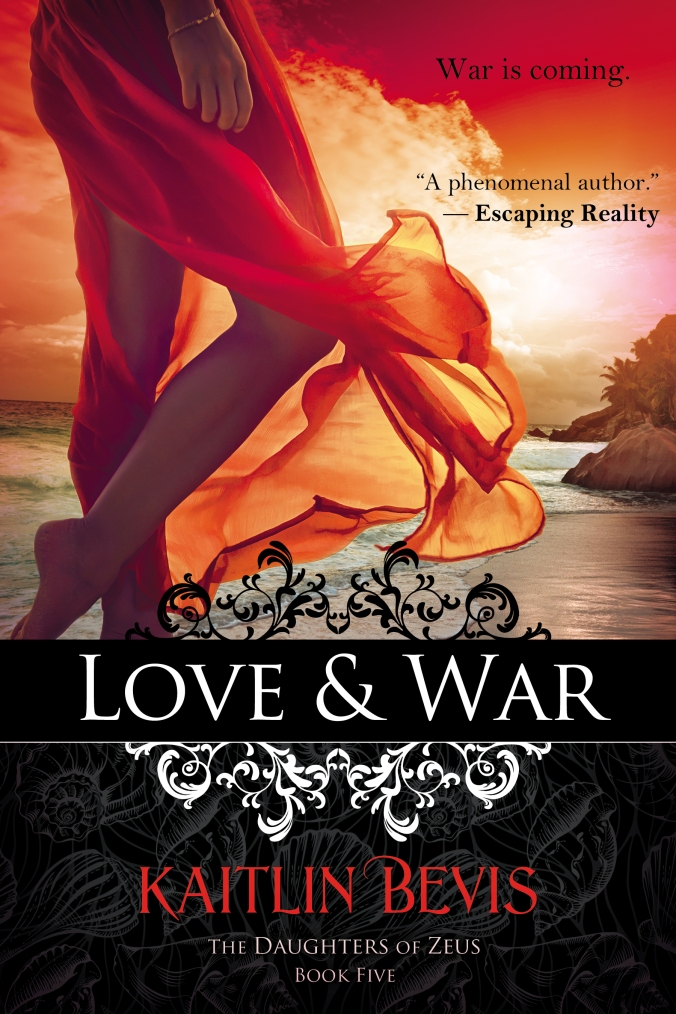 This is my Friday blog, but I’m posting it early so everyone has more chances to win!

Prizes up for grabs! If you have pre-ordered a copy of Love and War, send proof of purchase and your mailing address to NikiFlowers (at) BelleBooks.com to be entered to win several great prizes! (U.S only I’m afraid).

Five winners will each win an ebook code to the Daughters of Zeus series
book of their choice.

The Grand Prize Winner will receive signed copies of all five books AND a character named after them in Venus Rising.

Winners will be announced on release day, October 21st!

May the odds be ever in your favor.