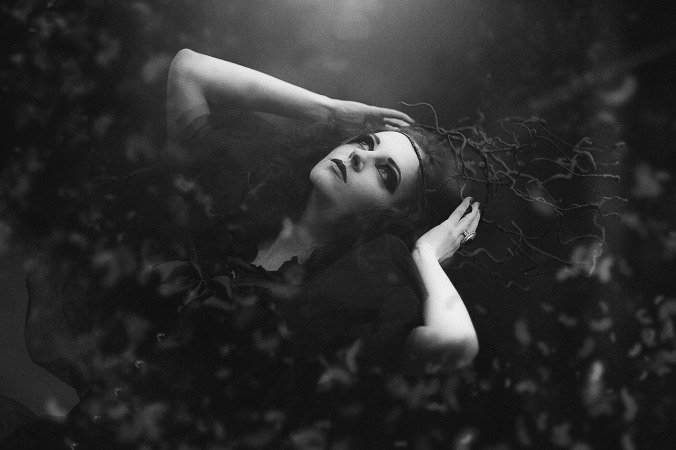 Hecate got really popular in (comparably) recent history. She started as a chthonic deity a generation above the Olympians. She was an only child, which was rare in Greek mythology, and her parents were Perses and Asteria, relatively minor deities in mythology. She was mostly a household goddess of good fortune who for no apparent reason, Zeus was really really in awe of. She was sort of replaced by Artemis, and I say sort of, because Hecate was worshiped in a very small region, and Artemis grew in popularity throughout most of the country. Hecate may predate Artemis, but very few people were aware of her during height of that myth.

Now Artemis and Selene both had dominion over the moon like Hecate, but Hecate had a lot more power. Artemis was sort of a moon goddess, Selene more so, and Hecate had the power OF the moon over the earth, sea, and skies. She influenced the tides, earthquakes, wind storms, you name it.

In the Persephone myth, Hecate helped Demeter find her daughter, and accompanied her to the Underworld every six months as a figure of comfort. She was either a virgin goddess, or the mother to Scylla depending on the myth. She seems fond of dogs (There’s almost always one depicted with her), garlic, and cypress trees.

Hecate was skilled with herb lore, both the healing and the poisoning variety. She taught this lore to Medea, and we all know how that went. At some point Hecate got very popular with pagan cults and her whole persona changed, but that’s going way off the beaten path of Greek mythology. I think it’s fascinating how her role evolved, but there are still people who actively worship this goddess, so I will do them the courtesy of not discussing their goddess beyond the basics.