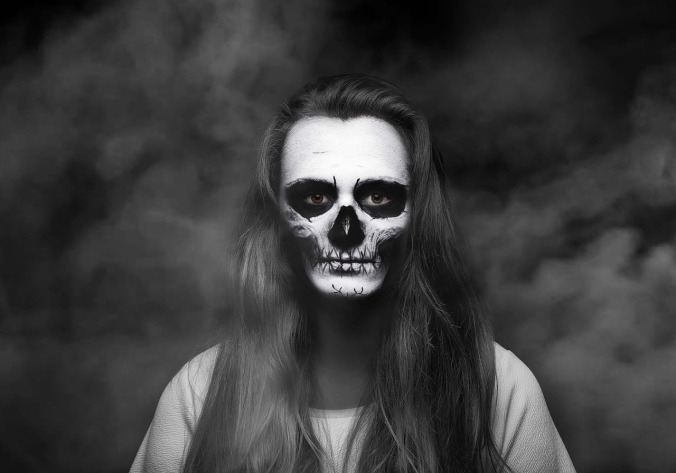 “Persephone?” I reached out to caress her cheek.

She flinched. “Don’t.” Her green eyes searched my face. “I should be able to tell.” Her voice broke. Persephone tried to pull back, but I held her fast.

My arms dropped, and I stepped away for good measure. There was no telling what she had gone through, so if she needed space, I was happy to oblige. “Tell what?” I wanted to reach out to her, to demand to know what Zeus had done and how I could fix it, but I didn’t dare. “Persephone.” It was a fight to keep my voice calm. “Tell me where to find you.”

She looked away and I jerked toward her, almost unable to restrain myself from reaching for her. Persephone flinched.

“Hey, it’s okay. Wherever you are, I’m going to find you and bring you home, okay? But I need you to point me in the right direction.”

“Stop.” She took a deep, shuddering breath, sliding her air plant pendant back and forth on the chain of her necklace. “I should be able to tell him from you. If you’re not him, if you’ve taken that from me, if you’ve broken us that badly . . . ” Iron glinted in her eyes, hard and unfeeling. “Then you won’t have to find me. I haven’t come into my powers yet, but I will. I’d be afraid of that day if I were you.”

Comprehension bubbled up within me like bile. I was going to make a way to kill him. Then I’d drag him down to hell and spend the rest of eternity making him suffer.

She didn’t look convinced, and I didn’t blame her. I didn’t sound like myself. There was no getting past this. Even if I found a way to get her back, even if everything worked out, she would look at me now and see him.

“Everyone is ‘me.’” Persephone put the word in air quotes. “Be more specific.”

Melinoe (dark minded) was the moon goddess of ghosts and the bringer of nightmares and madness. Every night she wandered the earth, trailed by a group of wailing ghosts, waiting to strike fear int he hearts of men. One half of her body was black as pitch, the other corpse pale, a testament to her duel nature. She was born on the mouth of the Cocytus River.

Sometimes Melinoe is described as a daughter of Persephone via Zeus pretending to be Hades. When either Hades or Persephone (myths vary, but personality wise post-abduction this sounds more like a Persephone punishment than a Hades one) discovered what happened, and enraged, rent the daughter resulting from the union, discoloring her flesh.

In my books, I split the difference. Zeus does take on Hades’s likeness in Iron Queen as a trick to drive Persephone to the madness Melinoe represents, but I don’t go physical with that because frankly, I didn’t want to write that story. Plus the whole Zeus as Hades thing is tricky because there are interpretations in Greek Mythology that Zeus and Hades were the same god, just different titles. Or Hades and Dionysus, or Melinoe is actually another title for Hekate or Persephone and the whole origin story is moot. When you mix the religions of a bunch of different regions and try to combine them into one Pantheon, things get messy.

**Before you go, I just wanted to remind you that Love and War is still on sale for .99 cents! Click here to buy it today.

One thought on “Mythology Monday: Melinoe”