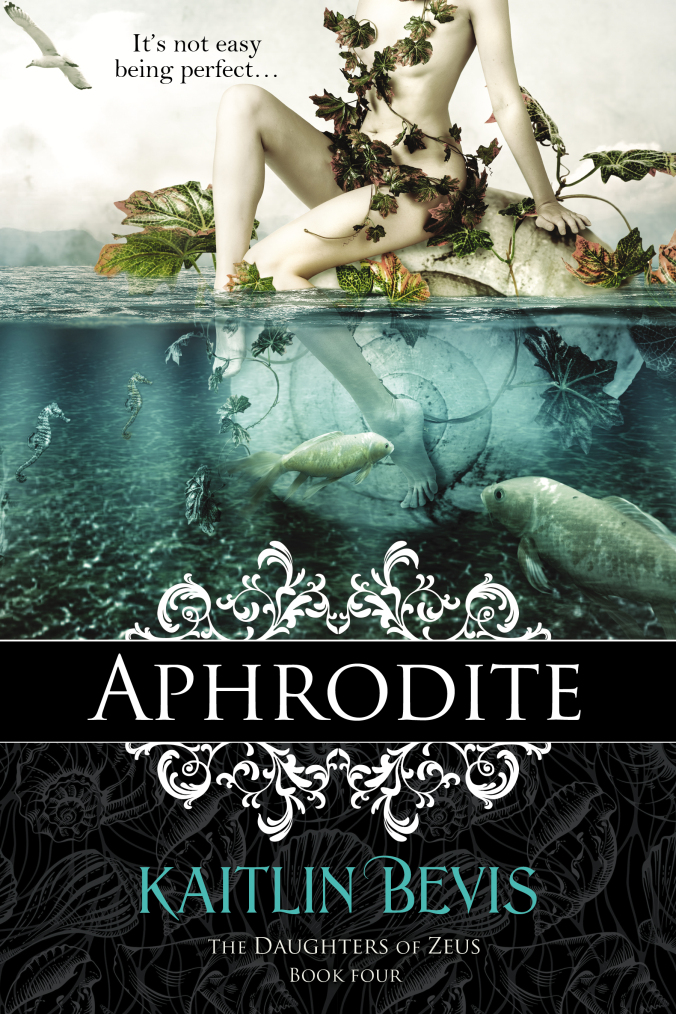 Aphrodite is on sale from now through December 31st!

“Aphrodite is such a complex character, and in Kaitlin’s capable hands, I feel like every major character was well developed; the pacing was fast and tight, there were no cliche’s, and the intricate plot threads kept me turning the pages well into the nights. Well done, well done!”

It’s not easy being perfect…

But Aphrodite is determined to prove that she’s more than just a pretty face. When she’s asked to investigate strange events occurring on cruise ships, she’s all over it. Little does she guess just how much this mission is going to cost her.

The problem—demigods are mysteriously disappearing. Prepared to investigate, Aphrodite manages to charm herself into the best room on the ship. Unfortunately, the room is already taken. It belongs to the one demigod immune to her charm: Adonis.

Aphrodite doesn’t know what to make of Adonis. He obviously disapproves of her…yet he saved her life. And he’s hot! Then again, Aphrodite is still reeling from a disastrous—yet incredible—fling with Ares. Gods, these men are going to be the death of her.

But then Aphrodite realizes that Adonis could be the next target, and her investigation becomes personal. Only the more she uncovers, the clearer it becomes that she’s in over her head. Confronted with a strange and powerful new opponent, Aphrodite realizes she might not be as immortal as she thought.

And Adonis may not be the one who needs saving….